This blog reflects on newly published findings from the most extensive study to date on school exclusion, carried out by the University of Sunderland (Martin-Denham, 2020). The research was commissioned by Together for Children to investigate the factors that lead to a rise in social, emotional and mental health needs in children and young people. In the research, reporting interviews with 174 participants – including 55 children, 41 caregivers and 78 education and health professionals – I found no evidence that isolation booths improve behaviour; in fact, the findings suggest they make it worse and thereby compound learning, mental health and physical health needs. There are reasons why children were unable to cope in classrooms: unidentified disabilities, a lack of teacher training, and large class sizes meaning teachers were limited in the learning support they could provide. The question needs to be asked: Is an isolation booth the answer? And if not, why are they still used?

‘In the research… I found no evidence that isolation booths improve behaviour; in fact, the findings suggest they make it worse and thereby compound learning, mental health and physical health needs.’

Lucy (aged 15) shared how being placed in isolation on a daily basis affected her mental health.

I used to pull my hair out, scratch my face, I couldn’t cope with it at all. I used to purposefully get myself put into isolation, to avoid everyone. The bullies used to wait outside for me. I used to beg my teachers to let me leave early.

Despite the effect on her wellbeing, Lucy said she preferred isolation as it was her escape from being bullied. Max (aged 16) reflected on three years in and out of isolation.

I used to call it ‘the bridge’ because it made you want to just jump off a bridge. Some days it would be too full, then they had to use a different classroom as well.

Let’s start with national policy on the use of isolation booths. In 2008, the then Labour government introduced the concept of ‘remove rooms’, with the intention they would be used for supervised (not statutory) education. The study found significant numbers of children were being housed in isolation booths for large parts of the school year. A more concerning observation was that 44 per cent of the 55 children interviewed had been in isolation for more than a year, which could run to three years in the more extreme cases.

Further evidence from the secondary-aged children and caregivers confirmed children were kept in isolation for longer than they felt was necessary. Many reported being sent to confinement for minor misdemeanours (wearing too short a skirt, forgetting equipment, not completing homework). Another theme that emerged was that they are commonly used as true isolation, where the children are not taught or spoken to while they are confined in the booth. A lack of interaction begs the question: where is the learning and support the school is obliged to offer? School headteachers acknowledged that isolation booths are used when the child is disrupting the learning of others, but they accept that it is not appropriate for looked-after children. Plainly, this illustrates an understanding of the potential damage of isolation on children’s emotional wellbeing.

The Department for Education needs to urgently review its Behaviour and Discipline Guidance (DfE, 2016) and define what they mean by ‘limited period’, as this is giving headteachers carte blanche to use isolation as continuous provision. The guidance states that ‘schools should ensure that pupils are kept in isolation no longer than is necessary and that their time is used as constructively as possible’ (p. 12). The evidence from our research highlights that this guidance is insufficient in safeguarding children’s mental and physical health; there is no doubt that it is detrimental to learning.

It is time to start a new conversation: how can we become preventative rather than reactive and work in harmony with families? We asked the children, if there is one thing you could change about mainstream school, what would it be? Unanimously they agreed: it was to remove isolation booths.

Department for Education [DfE]. (2016). Behaviour and discipline in schools: Advice for headteachers and school staff.

Martin-Denham, S. (2020). An investigation into the perceived enablers and barriers to mainstream schooling: The voices of children excluded from school, their caregivers and professionals [Project report]. University of Sunderland. https://sure.sunderland.ac.uk/id/eprint/11941/ 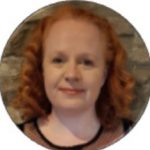 Sarah is a senior lecturer at the University of Sunderland. She is a senior fellow of the Higher Education Academy, a vice-chancellor teaching fellow, chair of an independent special educational needs coordinator network and a convenor of an interdisciplinary research network for developing knowledge, understanding and approaches for supporting children who are experiencing adverse childhood experiences. At the University of Sunderland Sarah is the programme leader for the National Award for Special Educational Needs Coordination and leads externally commissioned research projects. Through her work with children and families over the last 20 years and her neurodiverse abilities, she has developed a particular interest in special educational needs and disabilities.