In early July, the Edge Foundation and Education and Employers hosted the sixth International Conference on Employer Engagement. Welcoming almost 100 speakers and hundreds of delegates from across the globe, this year’s virtual event was packed with panel debates, presentations and workshops. With input from passionate researchers, practitioners, employers and policymakers, we focused on a core question: How can we prepare young people for the future?

Education, skills and work in the fourth industrial revolution

The current dominant view in the UK, he argued, is one of ‘labour scarcity’. The assumption is that technologies will automate ‘low-skilled’ jobs, freeing up labour for ‘higher-skilled’ roles. This model focuses heavily on STEM, digital skills and labour market analytics for identifying employer needs. While these are important focus areas, Professor Brown argued that this model misses some vital evidence.

Looking through a different lens, he reframed the problem as one of ‘job scarcity’. In this model, technology does not ‘free up’ labour but entirely restructures business processes. He believes we’re currently seeing a complete restratification of managerial and technical work, making the issue one of capacity rather than skills alignment. This then raises the underlying question: Do we want technology to drive a machine-centred economy, or do we want to use technology to create something altogether more human-centred?

Both models pose challenges for employers and education providers. For employers, technology is currently about cost-cutting and is rarely considered in terms of creating collaborative, human-centred approaches to labour. How could we, for example, use technology to diversify the workforce rather than expand inequalities? In Professor Brown’s view, technology could create engaging opportunities for young people, preparing them for the workplace rather than filtering them out (as it often currently does) during recruitment processes.

Significant educational reform is also required. While the current workplace system relies on social mobility, with technology restructuring so-called ‘high-skilled’ jobs (traditionally the ‘target’ roles), new educational approaches are needed to close the equality gap. Cuts in adult education budgets and the decline of formal workplace learning are doing little to improve the situation. In Professor Brown’s view, we need to develop education and training that focuses less on human capital and more on human flourishing.

Following Professor Brown’s thought-provoking perspectives, Marie-Therese McGivern offered a view from the frontline. When she joined Belfast Metropolitan College in 2009, it was bordering on bankruptcy and had what she called a student success rate of just 34 per cent. However, within five years, she’d helped transform it into a financially viable institution with a student success rate of 90 per cent. How?

To begin the transformation, a vision was required. Not an inward-looking, Ofsted-focused vision, but a deep, forensic audit of local conditions, employment rates and economic activity. This was accompanied by careful dissection of areas where the college was doing well. The most successful departments had strong employer engagement and staff with industry experience. Inspired by their own best practice, the college developed strategies for improving underperforming departments.

Alongside this, Northern Ireland also adopted a new Vocational Education and Training hub framework, moving from 16 general-purpose colleges in the region to six specialist ones. Each college aligned with one of Northern Ireland’s priority industry areas.

One of these areas, ICT, is now under Belfast Met’s jurisdiction. This project began small, as the college initially took on an opportunity with Deloitte to train a small number of data analytics technicians. This proved so successful that the college’s ICT hub gradually expanded and now feeds the demands of the entire Northern Irish ICT sector. Belfast Met has since placed around 1,500 non-ICT graduates in roles ranging from blockchain to artificial intelligence. By training non-ICT graduates in ICT roles, they have also improved diversity – more women and disadvantaged students are now working in this sector.

As a result of this transformation, Belfast Met now has a reputation for innovative practice and for clearly understanding local employer needs and flexibly providing to meet them. The college therefore provides an excellent example for other further education institutions that are looking to reform. 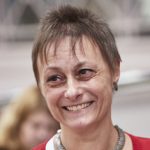 Head of Research at Edge Foundation

Dr Andrea Laczik is head of research at the Edge Foundation.

The ‘impractical wisdom’ of the Early Career Framework

How should we prepare UK business students to become digital ready business leaders?

These are our stories: Affording children and teachers’ voices in participatory research