I am currently researching student aspiration levels at further and higher education colleges in England. Quaglia and Cobb (1996, 127) suggest that a student’s aspirations can be defined as their ‘ability to identify and set goals for the future, while being inspired in the present to work towards those goals’. The motivation for this research arose from my experiences working within an FHE college, and observing first-hand the multiple factors that impacted on what is currently termed ‘the learner experience’. Over the last decade my path, and those of hundreds of students, have interwoven for brief periods of time, and in some small way I may have had an impact, for better or worse, on their life aspirations. Less absorbed by my own influence, but increasingly intrigued by the notion of ‘aspiration’ – of its intricacies and being; of its manifestation within the developing student; and in how what we were all about as a college encouraged or inspired these students to achieve their aspiration – I went searching for answers, via a DProf (doctor of professional studies) programme.

‘It seems that raising student aspirations in a transparent, overt or practical manner is not high on many people’s agendas within FE and HE colleges.’

Now in my third year of study, I recently came to understand a critical factor that will influence my overall outlook and ultimate progress: no-one seems to be interested in student aspirations. My recent findings suggest that raising student aspirations in a transparent, overt or practical manner is not high on many people’s agendas within further and higher education colleges.

Others will of course disagree, and there may be good reasons for a smoke-and-mirrors approach to aspiration. It feels as though my research is shining an uncomfortable spotlight on an area that is much-spoken-about but, in practice, largely ignored. Strategically, senior managers in further and higher education seem keen to promote aspiration, but less so to elaborate on any practical strategy, largely because there often isn’t one. Discussing tangible aspiration strategies seems to be a bit of a nuisance. Again, there could be good reasons for this, both personal and professional. Personal, in the sense that senior managers are not measured on aspiration per se, so it isn’t on their radar from a career perspective; and professional, in terms of the impact of a performative culture in further and higher education. As Dennis (2016, p. 10) states, ‘the role, disposition and responsibility of the college leader – in Foucault’s terms, their “ethical substance” – is redefined by managerialism’. Thus if organisational KPI’s such as attendance levels, attainment or recruitment are the daily focus, and performance dips, then both staff and student can be considered as commodities.

Similarly, there appears a fundamental disconnect between the political narrative on aspiration and actionable initiatives, and I was spoiled for choice when looking for a politician using the ‘A’ word. For instance, then-prime minister Theresa May stated ‘how vital good schools and colleges are to a community. How the hopes and aspirations which parents have for their children and which young people have for their futures are bound-up with the quality of education on offer’ (PM’s Office, 2018). Prior to this, then-prime minister David Cameron (2013) also said, ‘you’ve got to get out there and find people, win them over, get them to raise aspirations, get them to think they can get all the way to the top.” (BBC News, 2013), while his predecessor Gordon Brown also suggested ‘how much talent that could flourish is lost through a poverty of aspiration’ (Brown, 2007).

Politicians addressing issues of education and student learning regularly use the term ‘aspiration’, yet there is a suspicion that much of this is for political effect.

Aside from an inertia and lack of understanding on how to deal, at a college level, with aspirations, academically the concept also seems problematic. Trawls of academic literature have uncovered little specific to aspiration, although it may also be labelled as ‘inspiration’ or ‘goals’. However, the notion of aspiration has been found very much on the margins.

Such considerations raise a number of questions, not least whether aspiration is merely, as Zipin (2015, p. 228) suggests, an ‘incitement to action’ and nothing more than a panacea in a world in which students ‘struggle to imagine and pursue futures’? This view is now at the heart of my ongoing research.

In conclusion, it seems that many stakeholders are happy to acknowledge the existence of student aspirations, but equally happy to take the issue no further. For my part, and in the face of the aforementioned academic inertia, my continuing research is about trying to create an impact by disseminating my emergent findings across published media and lobbying relevant stakeholders. Irrespective of whether institutions care or not, at present students have aspirations that could be nurtured more usefully and underpinned with a greater depth of more nuanced and practicable research. 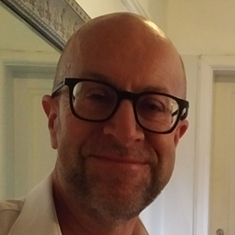 Nick Wragg works in further and higher education as a programme leader in business and psychology. Also a writer and business coach, and with an industrial background, he has a keen interest in studying behaviour and understanding how people make choices in life, and how talent can be maximised. As a lecturer and coach he is passionate about raising student aspirations and creating opportunities in life.

Knowledge and expertise in technical and vocational education

Can social competence be taught to older children and young adults?