The Social Justice Special Interest Group (SIG) held a pre-conference event ahead of this year’s BERA annual conference in Belfast.  The event arose out of a desire to attract new members to the SIG, particularly Early Career Researchers (ECRs), to raise awareness of the research happening under the umbrella of social justice, and to encourage debate and discussion around issues of social justice in educational research.

The event was held in conjunction with the Methodologies SIG and we personally invited all ECRs who were presenting at the conference, not just those whose papers were explicitly placed within the ‘social justice’ parallel sessions.  We wanted to acknowledge the fact that social justice is a unifying concern underpinning much education research.

In order to spark discussion we invited speakers with expertise and interest in the field to share their thoughts and experiences.  We were very pleased that Professor Liz Todd (University of Newcastle), Dr Vicky Duckworth (Edge Hill University) and Professor Kevin Orr (Huddersfield University) were able to share some of their ideas and questions with us.

Liz Todd took a methodological approach, focusing on the question of how we do research that is socially just.  She questioned whether the ends justify the means in social research.  Is it enough that the outcomes of research might have an impact on social justice, or do the processes and quality of the research also matter here?

Vicky Duckworth used her work with adult literacy learners as a way of exploring the power dynamics in the researcher-participant relationship. She also spoke about the way that the media can be used at a local level to disseminate research and create a positive ripple effect within the community.

Kevin Orr told us about his recent personal endeavour to gain expertise in statistical data analysis.  He questioned whether certain methodological approaches receive more interest from policy-makers and the media, and suggested that this is an important issue for social justice, if our aim is to raise awareness and make a tangible difference within society via our research.

Following the presentations we asked participants to come up with questions for the panel and the rest of the group.  Their questions prompted a number of interesting points for discussion.  The panel took up the question of the role of the media in socially just research, and offered mixed accounts. Liz commented that the media recently become more interested in her work; she suggested that this may be a result of the inclusion of some statistical analysis within the project.

The panel also discussed the implications of the fact the mixed-methods research is often given more attention by the media and funding bodies.  Does this suggest that there is more need for collaboration between researchers with expertise in different methodological approaches?  This raised the question of how ECRs can try to become more involved in collaborative research and how they should be willing to be flexible in their methodological choices. The issue of how appropriate it is for ECRs to contact more senior academics also arose. The response from Vicky and Liz was that ECRs should be pro-active and not feel intimidated by contacting people that they are interested in working with, rather than waiting to be approached.

The session left us with a number of questions for contemplation.  Some of these were practical, such as what would be the most helpful events for ECRs over the forthcoming year and beyond.  Others related to the direction of social justice research in the current political and policy climate.  Some questions for thought might be:

We would like to thank the Social Justice SIG convenors for their support with organising this event and all of those who attended. We also look forward to being involved in future SIG events and welcoming other ECRs to join us. 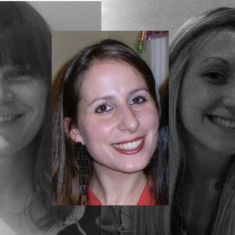