Our recent paper in the British Educational Research Journal (BERJ) (Sant & Brown, 2020) seeks to question the logic by which education, education and yet more education will bring about emancipation from the hidden exercise of force that underpins populist movements in contemporary politics.

We show how the fantasy of the educational cure operates as an ideology protecting education’s project of securing customers for its product in the marketplace. For example, in England the university sector’s more critical ambitions have been displaced by demand-side financial clout in dollops of £9,250 fuelled by desires schooled in suppositions about the future job market, and more immediate demands in university classroom dynamics secured through the National Student Survey (Thiel, 2019).

These marketised demands are inculated in students long before they reach university. The recent furore over A’ level results in that country and the operation, or not, of an algorithm in producing the correct distribution of grades across schools, has deflected attention from the chief assessment function of such exams – that is, as a selection device that dutifully, year after year, produces the right number and distribution of students for predefined course quotas across the university sector. As for the young woman pictured in the Guardian with a banner declaring, ‘I’m a student, not a statistic’? Get real: the heat is on to stage-manage your own statistical profile if you want to be liked. Universities are part of the state’s ideological apparatus designed to produce a compatible citizenship.

The economist Thomas Piketty (2020) argues that populism has emerged as a consequence of leftwing parties now speaking more to the educated winners of globalisation who have a self-serving image of how efforts should be rewarded: populism provides an alternative for the disenfranchised looking for different scapegoats. He sees the reduced influence of workers’ parties as being a consequence of disillusionment with the collapse of real-life communism, and capitalism glorifying in its own success through an enhanced assertion of the free market. There is a real difficulty in putting together a coherent programme for the less advantaged because the collectivised union model that initiated the Labour movement has less traction in current circumstances, in which the disadvantaged are highly dispersed across many sectors and countries, with little co-ordinated support.

‘Emancipatory education can only aim at transparent rationality, but will “imprison” us in old or new power relations. This leaves us with the question of what we would want emancipation to bring about. How might we conceptualise future progressive paths in education? What would we want them to achieve?’

Our paper transcends such economised perspectives, with ‘winners’ and ‘losers’. We adopt a critique of ideology in which the populist fantasy, centred on the existence of an elitist stranglehold of everyday reality, is a victim of its own deception. The populist fantasy fails to recognise the impossibility of escaping the ideological constraints within or outside institutionalised forms of education. Emancipatory education can only aim at transparent rationality, but will ‘imprison’ us in old or new power relations; it necessarily ties knowledge and authority altogether. However, this leaves us with the question of what we would want emancipation to bring about. How might we conceptualise future progressive paths in education? What would we want them to achieve?

Edda (Sant, 2019) has reviewed a broad range of conceptualisations from the point of view of how education is variously aligned with democratic ambitions. She identifies the existence of at least eight distinctive emancipatory projects within the academic literature. Each project sustains its understanding of emancipatory education in distinctive ontological, epistemological and ethical grounds.

Our recent BERJ paper (Sant & Brown, 2020), however, follows the political theorist Ernesto Laclau in arguing that human beings need to recognise themselves as the true creators, and to no longer be passive recipients of a predetermined structure. On the other hand, all social agents have to recognise their concrete finitude, because nobody can aspire to be the true consciousness of the world.

Might we, then, emancipate ourselves from both populist and anti-populist discourses? And if so, how should we do this? Or does the discursive landscape require renewal so that educational trajectories can be thought differently? It seems that we need a new fantasy, and must question how we might understand education within this. We will surely fail again, but we may learn to fail better or, more likely, differently.

This blog is based in part on the article ‘The fantasy of the populist disease and the educational cure’, by Edda Sant and Tony Brown, published on an open-access basis in the British Educational Research Journal. 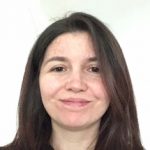 Edda Sant is senior lecturer in education at Manchester Metropolitan University. Her book, Political education in times of populism will be published by Palgrave MacMillan next year. 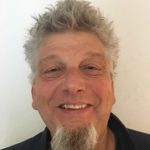