Late last year Newman University where I work as an Education Studies lecturer flew me to Copenhagen to attend the Copenhagen Documentary Festival (CPHDOX), a major film festival. Now, that’s not the usual destination for education academics. Back in 2013 a Los Angeles film crew flew to the UK to interview me for their film In Pursuit of Silence and to film schools where silence is an issue in one way or other. My book Silence in Schools (Trentham Books, 2012) was their reason to come calling. What happened when we met and they filmed was a conversation about how silence is not just about a lack of noise. It is so much more! A social material of significant value for its ability to be cost free, equal in access for all and highly psychologically and physiologically beneficial – as clinical research is now showing us- chosen silence is special. It is positive with even one instance but incrementally it develops in strong benefits and becomes a relationship. This relationship with the presence of silence can put us in touch with ourselves and I would say after more than 20 years of ‘dialogue’ with this material of existence that it also puts us in touch with each other and with an astonishing feeling of joy and love.

I’m a fan of silence. It is a generous power. It turns out I’m be no means alone in such fandom. The film mentioned is now screening at the world famous documentary festival DOCFEST in Sheffield and I will be going there to see the film again at its UK public premiere on the 12th. But that’s not all. Quiet Mark an organisation hoping to badge noisy products with their sign of excellent quiet design are today, as I write, giving a private screening in London for journalists of the film that I’m on my way to attend. Because my voice is used a fair amount in the film talking about silence I’m part of the current media story. An exciting situation for an educationist. In the past 24 hours I’ve spoken for the BBC World service (global reach 286 million people!) and this morning the BBC Today programme on Radio Four (weekly listening of 7 million!) where the conversation during broadcast focused on silence in schools. Two lessons: silence is awesome fun and people like the topic. Let’s keep talking. 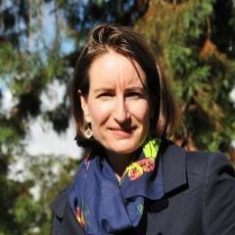 Dr Helen E Lees is author of Silence in Schools (Trentham Books, 2012) and founding Editor-in-Chief of Other Education – the journal of educational alternatives www.othereducation.org. She is co-editor with Nel Noddings of The Palgrave International Handbook of Alternative Education (out July 2016). Helen works as an Education Studies lecturer at Newman University, Birmingham.

On not knowing anything about education

What do we really know about Alternative school graduates?

Covid-19 and schooling for uncertainty