Earlier this year UK Research and Innovation (UKRI) published its consultation on its proposed open access (OA) policy. The outcome of this consultation will, crucially, determine how the ambitions of the cOAlition S initiative will be adopted in a UK setting.
Our hope is that UKRI will adopt a system that is more permissive, and more accepting of some of the realities of the situation, than was initially envisaged.

BERA’s full response can be found on our website (bera.ac.uk/bera-ukri-OA20), but we remain concerned at some of the potential consequences of this policy.

BERA remains supportive of a policy that leads to more immediate OA publishing, but believes that this needs to be achieved by properly funding routes to gold OA so that there is a sustainable way for journals to operate on a pay-to-publish rather than pay-to-read model. Indeed, part of our recent renegotiated agreement with Wiley for all four of our journals includes this for all researchers based in Jisc member institutions.
A real threat is that UKRI will mandate a zero-embargo green OA policy as the default route to OA. This would not provide a financially sustainable business model for academic publishing: it would bring no income in itself, and would also threaten to undermine the subscription model for other parts of the world.

In our response, we argue that any transition to greater OA publishing must ensure that funds are equitably available to researchers, and that they sustain a highquality publishing process that includes peer review, editing, production, dissemination and discoverability.
As a charity, BERA reinvests income from our publishing into our charitable activities, and naturally we are concerned that an underfunded transition to OA would limit the support that we can provide to the research community.

LIMITING ROUTES TO PUBLICATION FOR RESEARCHERS

We also remain concerned that an overly proscriptive and underfunded approach to OA could severely limit the routes to publication for educational researchers, particularly disadvantaging early career and school-based researchers, and those from low- and
medium-income countries. One of the aims of cOAlition S is to deny authors permission to publish in hybrid journals (those that include both OA and paywalled articles). All four
BERA journals currently offer the hybrid route, which enables them to be open to authors without access to gold OA funding: importantly, this includes authors who are classroom teachers, are without a current higher education institution contract, and those from
low-income countries. Less than 10 per cent of articles across our journal portfolio have been published on a gold OA basis, which indicates that educational researchers have typically not had access to the kind of funding that supports this.
Our journals, authors and members operate in a dynamic, global publishing system, in which funding for gold OA is determined by a wide variety of national, institutional and grant mandates and funding. UKRI’s stated objective is to have the research it has funded
published OA, and this objective is met equally well whether the article is published in a hybrid journal or a pure OA journal. An overly proscriptive regime could also deny UK-based researchers the opportunity to publish in international journals: for example, most US journals could be off-limits for UK researchers under the current plans.

An unduly restrictive approach without adequate funding for gold OA could have potentially devastating implications for our journals, our members and our society. Done badly, such policies could end up making UK journals inaccessible to a wide range of authors, and
also restrict publishing opportunities for UK educational researchers, thus reducing the profile of UK educational research. At a time when Brexit already promises to diminish our global footprint, this could prove another example of pulling up the drawbridge. 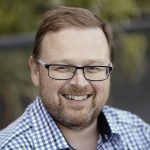 Nick has been the Chief Executive Officer at BERA since April 2012. He has a considerable background of management and advising on strategic direction in organisations concerned with public policy. Between 2004-7, he was the Director of Policy...

Diversifying our curriculum: Rediscovering the power of our narrative voices

Can a whole-school curriculum focus on celebrating diversity reduce the volume of racist incidents?