The group discussed some of the challenges of maintaining young people’s involvement and motivation throughout the research process, and the expectations adult researchers have about how and when young people will participate – with the latter often influenced by research priorities.  Young people’s involvement might be fluid and researchers need to be flexible to enable young people to participate in different ways at different stages of the research, and according to their own priorities and preferences.  For example, from questionnaire design or data analysis to designing the logo and branding of the research team.  Expectations may also differ between gatekeepers, young people and researchers – which triggered a further discussion about planning for the unexpected.

The group discussed examples of times when the research took an unexpected direction or different priorities came to the fore and created unanticipated consequences.  Specifically, adult gatekeepers may not ‘like’ the results from a study based on young people’s perspectives. Reconciling differences between adult gatekeepers (especially in the school context) can be difficult, especially when young people’s perspectives challenges the status quo.  We also discussed situated ethical issues and how ethics committees can be a barrier to young people’s involvement – highlighting the importance of a transparent and honest approach to young people’s engagement in research.

The importance of being honest was highlighted by the group, which included a full discussion of the research and its limits with young people from the outset of the study.  Discussion of this kind would help to manage differing expectations and make research-related decision-making transparent.  The latter is especially important when young people’s expectations might depart from the governance and funding requirements, including (rigid) timeframes that can set limits to what might be achievable and feasible in the context of the research.

Dr Benjamin Hanckel (he/him) is a Senior Research Fellow in the Institute for Culture and Society at Western Sydney University. Benjamin’s research examines youth health and wellbeing, social inequalities in health, and social change. His work...

Dr Benjamin Bowman is Lecturer in Sociology at  Manchester Metropolitan University and a member of the Manchester Centre for Youth Studies. He is an interdisciplinary researcher with an interest in young people’s everyday lives, everyday... 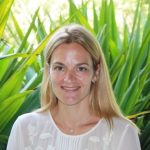 Grace is an Associate Professor in Young People, Health and Social Equity at the Faculty of Health, Education, Medicine and Social Care, Anglia Ruskin University, Cambridge, UK.  Her research focuses on young people's health and their...

The special interest of the SIG is in research and scholarship relating to theory, policy and practice issues in Youth Studies and Youth and Community Work.  These include: youth transitions and...

Does your research involve working with young people? Are you interested in youth-led, creative or culturally-responsive methodologies? The British Educational Research Association (BERA) special...

Online registration has now closed, please email events@bera.ac.uk to register. The Placemaking session in our Researching Youth Seminar series will explore the impact and affect of space and...

BERA 2022 Welcome A Welcome from Professor Mhairi C Beaton, Conference and Events Committee Chair As I begin to write this welcome text to our 2022 BERA Annual Conference, my thoughts have...

Ethnography – Embodiment and the digital world