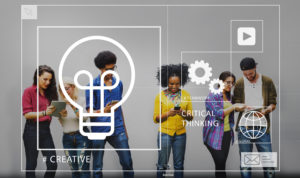 This event is now fully booked. Please email events@bera.ac.uk to be placed on the waiting list.

Initial debates on this have previously been organised at BERA SIG meetings and seminars held during BERA 2012-16 conferences as well as in Wiley BJET-BERA SIG joint events (see, e.g., BERA 2012: Redefining the Field of Educational Technology; BERA 2016: ‘Critically Rethinking the Field of EdTech’ SIG Innovation Session).

Invited keynote speakers will provide informed perspectives on the field, considering, e.g. the extent to which theoretical perspectives have or have not influenced research outputs. Hosted by the Open University and convened in a collaborative way by the OU, BJET and SIG teams, the seminar will provide an informed, open and spontaneous opportunity for debate, enabling extensive participation from the audience, and allowing newer researchers to join in. Publications following the event will be encouraged by the BJET Editorial Team and BERA EdTech SIG Convenors. The seminar will therefore extend the discussions held in prior events which have debated various challenges, influencing the field of educational technology research.

BERA offer a limited amount of bursaries for BERA Student Members only.

To apply for one of these bursaries, please email events@bera.ac.uk with a 200 word statement on why you want to attend this event. Bursaries are offered on a first come, first served basis. Once approved you will be sent details of how to register online. Travel expenses will be reimbursed after the event in accordance with our travel policies. You must not have previously received bursary funding from BERA.

Ghana is going digital: E-initiatives in an intelligent era

Practice-based learning in a special school placement: How students with the most complex communication barriers teach social work students to overcome theirs