The BERA Blog continues its ascendancy as one of the leading international blogs on education and what a year 2016 has been. Policy ‘busyness’ dominates much of the last 12 months blog fodder. The Education Committee’s inquiry (launched in November 2015) on the purpose and quality of education prompted a robust response from Teresa Cremin on the primary profession’s long-term goals for teaching reading in England. The Higher Education Green paper provoked a barrage of entries led by Chris Husbands speculating on the future of universities and teacher education in England and Wales. Governmental strategies targeting the supply (or its lack thereof) of initial teacher training (ITT) places brought stinging contributions from Ian Menter, Alex Bols, and Ali Messer while Tony Brown discussed the impact of one particular ITT initiative, namely Schools Direct and the challenges it poses for university teacher education.  March’s 2016 Education White Paper on schooling brought Tim Brighouse into the fray meditating on an end to the post-Second World War consensus about sharing power in education, the implications of which, for Chris Husbands mean that:

If the world conjured by the White Paper comes into being then the locally-managed world of 1944 and 1988 will be replaced by a centrally-directed and franchised education system.

Such a system is already causing problems for the recruitment of teachers and John Howson explored this issue further by focusing on his three R’s (Recruitment, Retention, and Region) and how they challenge school performance in England.

Kari Smith writing on much needed international perspectives on teacher education reminds us of the lack of agreement on how to educate teachers who really matter and how to keep them in the profession. Problematising this international dimension James Noble-Rogers’ account of the World Assembly of the International Council for Education for Teaching (ICET) makes for uneasy reading shedding light on the interrelationship between teacher education policies and practices, and associated power relationships, in different parts of the world.  In two separate contributions on the relationship between research and policy Ivor Goodson and Geoff Whitty offer powerful reflections on the role and significance of policy and in Whitty’s case, a call for the return of the Sociology of Education to public debates on education.

High on the government’s reform agenda in recent months has been the wicked policy problem of Prison Education prompting critical commentaries from Nikki Stickland and Gerry Czerniawski. Voices from the classroom came in many guises including teacher-led research (Luke Billingham; Emma Kell); differentiation (David Brand; Julie Smith); Student Voice (Dana Mitra; Kristen St.Clair Moriarty; Angele Pulis;  John Weiss & Caitlin Morath) and professional learning (George Gilchrist; Rachel Lofthouse & Emma Bulmer; Simon Dowling). And for those interested in pedagogy there have been many Bera Blog contributions on this topic but one in particular stands out by Silhouette Bushay on Hip Hop, Pedagogy, and Black Bodies.

Finally, as much of the world reverberates from the twin shocks of ‘Brexit’ and the election of Donald Trump, the BERA Blog published contributions on both topics from Iro Konstantinou, Ruth Boyask, John Furlong, Gemma Moss, René Koglbauer and Liz Jackson. Reflecting global concerns about the rise of racism, nationalism and isolationism, Rachel Hutchins discussed xenophobic populism in relation to history and civic education curricula and educational resources that reflect the dominance of nationalist thinking and its anti-progressive stance.

As the BERA Blog moves ever closer to 2017 we hope to attract more writers from the four nations of the United Kingdom and beyond – our editorial team mindful of a piece by Sally Power on the politics of education and policy discourse, and her warnings of the dangers of Anglo-centricity and the marginalization of Wales, Scotland and Northern Ireland from mainstream educational analysis.  The editorial team welcome future contributions from all parts of the globe and encourage authors to contact members of the editorial team if they have an idea for a future BERA blog piece. 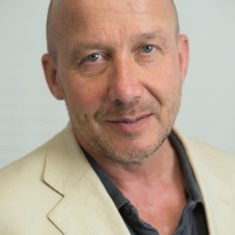 All from this series
BERA blog highlights from 2017